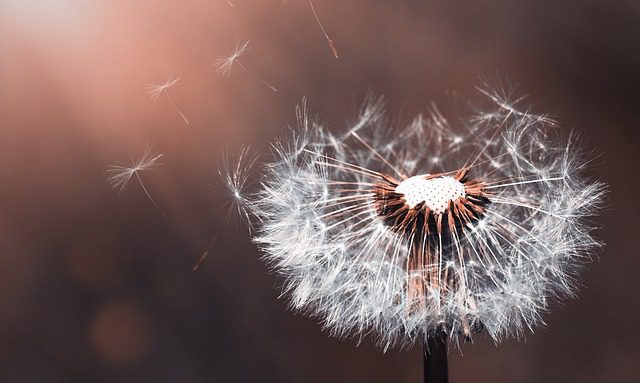 Life Lessons from My Library

Fly in the Face of Excuses: Inspiration from Amelia Earhart

One of my favorite women of history has always been Amelia Earhart. She was, in fact, my first book report. Too bad I do not have that report; it would be interesting to see my perspective as a child.

I have always been inspired by women doing great and unexpected things.

I love when people dare to push boundaries, go against the grain, or think outside the box.

If you do not know about Amelia, she was a pioneer of women pilots. She dreamed of flying, in more ways then the literal sense.

She was born in 1897, so you could say she was not of her world. She played football and fished. I don’t know too many girls who love to play football now, though I did once have to participate in a Powder Puff game in high-school against my will. (I was a team member of the freshmen basketball team.)

Amelia collected bugs, and her mother even made Amelia and her sister play-suits at a time when girls were expected to wear dresses. How is that for courageous? Props to that momma!

I believe that women have as much courage as men.

Why in the world would a girl in that era even consider a profession such as flying?

As soon as we left the ground, I knew I myself had to fly.

She knew in her heart she had to fly.

I believe we all have the feeling and passion described above. We all have something that makes us just a little scared, but in an exciting, adrenaline-pumping rush of a way. The kind of exhilarating feeling you get when you are at the top of a roller coaster about to make your climatic plunge.

For some, those feelings have long been oppressed and pushed down nearly out of mind. Some of us have chalked those feelings up to just a pipe dream, nothing that can really happen.

Some of us are not as fortunate to have supportive parents like Amelia and sometimes there are not many natural opportunities.

But there are plenty of people who have worse circumstances then you, who have created the life they love. No excuses.

Allison Toepperwein’s circumstances were devastating. Allison had just separated from her husband. She left in the middle of the night with her young daughter to live with her father.

Already crippled with the failure of a marriage and the depression that comes with it, a few months later she found out she had Parkinson’s….. at the ripe age of 37.

Here is a women with every reason to have an excuse, and yet she rose to become a Ninja Warrior, far exceeding even her own expectations.

What is your excuse?

Have you ever said any of the following excuses?

My kids are too young so I don’t have time for myself or my dreams right now. I’ll do it when they are older.

It is too hot, too cold, too many bugs, too many etc., etc, etc,…to walk outside. I will wait til the weather is better.

Enough right?! A good excuse is still an excuse.

Are you going to wake up one day and look back on your life and wonder where it went? Regret is one of my biggest fears and what drives me forward every day!

I look in my children’s eyes and see their innocence and bravery. Conflicting traits? Perhaps? But, children naturally have dreams bigger then themselves.

They believe Santa is real, so he is. They believe the tooth fairy is real, and so it is. They just believe. They don’t have to have anybody tell them to believe. We are all born in this world the same way, with dreams bigger then ourselves. We don’t limit ourselves, at least til we are older.

My recent television obsession is Master Chef Jr. These kids are amazing. On a recent episode, the children were showing pictures of their dreams. There were some crazy dreams! No one has said their dreams were crazy yet!

I’m not saying all their dreams will pan out, but the point is to let them dream big with no excuses. If we don’t limit ourselves or our children, then we can do big and crazy things!

Even though Amelia made her dreams come true, it does not mean she did not have to work on them every day. She had to earn the money, take lessons, plus endure what naturally would come with an anti-cultural mindset. And she did this at a time when many people didn’t think Women should even work outside the home.

Why was Amelia famous? Other men were doing similar things, as well as pioneering women before Amelia. She dared to push the boundaries. People don’t want stories of people doing what is expected, they want stories of the underdog and of the criminal turned good. They want passion. They want the 8 year old to win Masterchef Jr. They want t hear about the little boy who overcame cancer. They want to talk to the woman who didn’t let Parkinson’s defeat her.

Why do we love theses stories so much!?

There is a little fire in all of us to do something. Anything.

To be a hero or a dreamer, you don’t have to fly all over the world, or make the news. There are many different types of heroes. Dreams come in all shapes and sizes.

My daughter is my hero. Before my daughter came into this world, I was working a job that I hated. It had his bright moments, but I was not happy and I had become the thing I loathe, an apathetic, bitter, cynical, unhappy person. I managed to hide it well for years.

When my daughter was born, I could not get enough of her. I loathed the day I had to go back to work. But back to work I did go. A few months later, I was sitting at home, holding my beautiful baby girl, and all I could think about was how I was not proud of myself. I was embarrassed of what I was doing with my life, which was nothing.

I knew then, I had to do whatever it took to ensure I left a legacy bigger than myself for my daughter and any children thereafter. It was then that my repressed dreams and passions began to burst forward. I would never be the same.

You can be a hero to yourself and someone else by following your dreams and passions with no excuses.

How can you be that someone for somebody else?

Be a hero. Be a dreamer. Be a way maker.

Only you can create the life you love.

Thanks for reading! Sharing is Caring!

Inspirations and references drawn from the following books: 10 Powerful Phrases on Beauty and Strength

Get my free printable for powerful, yet simple phrases to tell yourself everyday.

Because somedays, You need a whole coffee pot, dry shampoo, and a simple reminder to live your extraordinary ordinary life!

You have successfully joined my subscriber list. Be sure to add my name, Brynn at Unfading Beauty and Strength to your contacts and primary tabs!

We all need reminders of what to pray for at this time. Sign up for 11 free prayer cards to help fight the pandemic. Black and white copy included for you to color as well!

You have successfully joined the Unfading Beauty and Strength family. Your prayer cards will be in your email soon! Be sure to add me to your primary tab or whitelist.